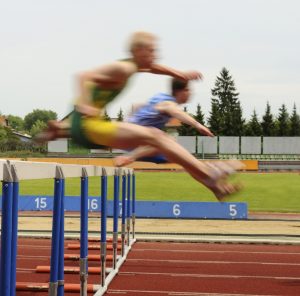 It’s no secret that universities, research institutes, and government labs are excellent sources for innovations that can jump-start new product development. Rather than sink significant resources into starting from scratch internally, companies can leverage others’ technologies. Doing so not only can save money, but it also reduces the risk associated with the early stages of the innovation pipeline. This is often called the technology sourcing part of open innovation.

What is less clear to some companies is how to make technology sourcing a reality. Below are some tips that Fuentek has developed based on a decade of helping corporate clients access the technologies they need via licensing, collaborative R&D, sponsored research agreements (SRAs), and other open innovation tactics.

1. Know When It’s Time to Look Outside

Be honest about what areas are your company’s strengths and what areas are outside your core competencies. Consider the make-vs.-buy decision early in the R&D process, evaluating all R&D projects before investment to see if another organization — perhaps in another industry — has already found a solution to the problem at hand.

For example, we worked with a company that needed better and “greener” ways to deliver its product cold to distributors. But this company specialized in making tasty beverages, not designing and installing solar panels on their truck roofs. Rather than try to innovate in a field that was not the company’s strength, the task was to look into whether the company could/should buy off-the-shelf from a vendor, merge/acquire a solar tech company, or provide funding to experts who could focus their R&D to address the company’s needs — but they knew developing it internally with their existing resources was not the right approach.

2. Look Beyond Your Backyard…

Having close proximity to your technology source is nice to have, but it always pays to look nationally and internationally to see who is innovating in the relevant space. For example, for a client based in Alabama who needed an expandable scaffolding structure, we identified the leading innovators as being in New York, Minnesota, and Wisconsin (with an operation in Alabama). The point is: It never hurts to cast a wide net, even if you end up partnering with a nearby organization. The goal is to make an informed decision.

In some collaborative or sponsored R&D situations, it is important to be close to the source of innovation. Keeping a handle on things throughout the R&D process may help ensure any problems are identified early, and being close by makes that easier to do. Also, if the purpose is to recruit new employees, getting to know the graduate students is of great value.

There also might be cases where there is an economic development incentive with partnering locally. If the nearby solution is not on the cutting edge but is sufficient to solve the problem, there is value in “buying local.” Remember: Not everything has to be latest and greatest.

Whereas companies are focused on increasing revenue and profits, universities and government labs are usually focused on developing new and unique concepts. Their research often is conducted to fulfill the requirements of the funding source, which for universities may be the federal government. They will be focused on ensuring they are being good stewards of taxpayer dollars.

More on This Topic: Check out Fuentek’s free 5-minute webcast “Perspectives on Innovation.”

Companies need to be aware that sponsoring research at public universities in the United States have some limitations on pre-negotiating IP rights dictated by IRS rules. However, there are ways to address this problem, such as via a letter of intent. Also, some universities address this issue systematically to avoid running afoul of the IRS and jeopardizing their tax-exempt bond status. For example, the Georgia Tech Research Corporation has its bond-compliance group review the university’s ~600/year SRAs, ensuring that limitations on the use of certain buildings are followed, both when the agreement is established and on an ongoing basis.

If you would like to read more on this topic, see How-To Tips for Corporate Licensing Officers Looking for University/Government Technologies. Or contact me to discuss how Fuentek can help you with your Technology Sourcing needs.