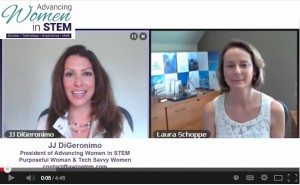 Recently I had the pleasure of being interviewed by JJ DiGeronimo of the organization Advancing Women in STEM about my career trajectory, my leap into technology transfer, and what motivated me to start Fuentek in 2001. I was also asked for my advice for women who are newly hired for — or trying to get — a job in science, technology, engineering, and math (STEM). I was able to share a few ideas during the interview, but today I’d like to elaborate on that list.

Actually, this advice applies to women going into non-STEM professions too.

Don’t phrase requests as questions and don’t apologize for your ideas or for asking questions.

Questions (or a question-sounding tone) make your request sound like a nice-to-have instead of a requirement. Instead, be specific and make it a statement. So “Can I have this on Tuesday?” becomes “I need this on Tuesday by noon.” Apologies sound as though you made a mistake. It may be intended to “be polite,” but saying “sorry” undermines your idea or question as though it doesn’t have merit. You have every right to contribute and participate. Stop apologizing… unless, of course, you made a mistake.

The way you speak to your friends is not the same way you should speak professionally. I once interviewed a young senior from Princeton who said “like” every other word. It was so distracting and incoherent that I decided in the first couple of minutes I wouldn’t hire her regardless of how smart she might be. I did not want someone who sounded like a 15-year-old-valley girl representing my company. (BTW, this “communicate professionally” advice applies to writing emails as well.)

If people are focused on what you are wearing and what it makes you look like, they are not paying attention to your work and respecting your contributions. It shouldn’t be about what you look like, but it is. So be reasonable and save that torn-up pair of jeans or see-through blouse for a party rather than wear them to the office.

Don’t talk more than you listen.

As I like to tell all of our staff during training, you were born with one mouth and two ears and that is the ratio you should communicate in. This is not just about respect; it is also an effective way to learn and gather information. Ask questions, and then actually listen to what is being said rather than think about what you are going to say next. When you really listen, the conversation will flow naturally and you will both get much more out of it. (Plus, the other person isn’t stupid and can tell whether you are paying attention.) 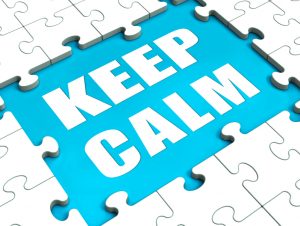 Don’t overreact when someone is blatantly sexist, ageist, whatever.

I have found that having a sense of humor about ridiculous statements has a much bigger impact and keeps me on the high road as a professional in an uncomfortable situation. I have tons of examples but here’s one…

At a Navy League dinner, the gentleman next to me asked me what I did. I told him I was a program manager for submarine combat systems and he told me he was in sales for radar systems. He then asked me how I got the position. “Did you start off as a secretary and work your way up?” I smiled and said, “No, I went to Princeton for a master’s in aerospace engineering. Did you start in the mailroom and work your way up to sales or did you also go to school in your area of expertise?” He laughed and acknowledged what he said was stupid. And I never stopped smiling.