By Laura Schoppe
Laura Schoppe is the founder and president of Fuentek, LLC. She served as 2011-2013 VP of Strategic Alliances for the Association of University Technology Managers (AUTM) and was the chair of AUTM's Global Technology Portal Committee.
Greetings from Barcelona, where I’m on deck to teach a 2-day course on how to effectively communicate R&D innovations to secure partners in taking the technology to market. In preparing to present to the Spanish entrepreneurs attending, an interesting startups article in Harvard Business Review caught my attention… mostly because its message sounded very familiar. 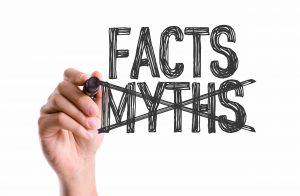 In the article, entrepreneurship ecosystems pioneer Daniel Isenberg asks an important question: Do Startups Really Create Lots of Good Jobs? He suggests that the startups-create-jobs idea has experienced “the truth effect,” gaining legitimacy and becoming accepted as fact when the reality is far different:

Dr. Isenberg’s article is worth reading in its entirety, especially because the most important point is at the very end:

“public and business leaders as well as policymakers in the U.S. and elsewhere must see startups accurately and in perspective in order to foster growth and long-term economic prosperity.” (emphasis mine)

Substitute “in order to have a successful tech transfer program,” and longtime readers will see that this has been my mantra for a few years now.

So what does this mean for tech transfer? In a nutshell: Don’t put all of your eggs in the startup basket. Here are two specific suggestions for those setting policy for university and government tech transfer programs.

1. Define What a Startup Is

Programs that offer special options and licenses for startups but don’t clearly define them risk having large, established companies “game the system.” I’m not making this up: We were helping a client who was determined to license to a startup, and a company actually stated they were considering setting up a temporary subsidiary to access the special rates.

So when you write the rules about licensing to or providing funding programs for startups, define what qualifies as a startup. Is it:

Focus on the intention of the special category to determine how it should be defined. Better yet, make the “special offer” for small businesses rather than startups. It might not be as trendy as “startups,” but “small-and-medium enterprise (SME)” is easier to define. Plus it’s likely to result in more successes that lead to better economic development.

Which brings me to my second recommendation…

2. Focus on Finding the Right Company

Whether you’re licensing a technology or securing a partnership for collaborative R&D, worry less about it being a startup and more on whether this is the right company. We often are pointing out to our clients that:

So I applaud Dr. Isenberg for his insightful article, and I urge university and government policymakers to heed these insights to avoid translating the startup myth “unthinkingly and uncritically into policy and practice.”