Change the IRS’s “Private Use in Bonded Facilities” Regulation 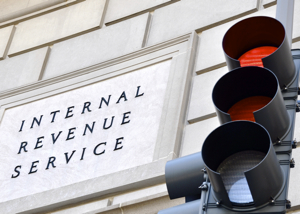 Editor’s note: The following is an excerpt of Laura A. Schoppe’s submission in response to a request from the Office of Science and Technology Policy (OSTP) and the National Economic Council (NEC) for input into an upcoming update of the “Strategy for American Innovation.“

My answer: Change Section 6.02 of Revenue Procedure 2007-47 (from IRB 2007-29 issued on July 16, 2007) regarding corporate-sponsored research so as to better ensure that such innovative R&D occurs in U.S. universities rather than overseas. This change can serve as a no-cost solution that can have a positive impact on local/regional economies without creating a financial burden on the federal government or on U.S. taxpayers.

This RFI response provides an overview of the current regulations and the deleterious effect they are having on innovation.

The regulation—which is referred to as “private use in bonded facilities”—reads as follows:

In other words, public universities cannot accept funding contracts that have pre-negotiated royalty rates. A company that pays a public university to conduct R&D cannot know in advance the price they will need to pay to license the outcomes of that R&D. Despite the fact that it risked its own resources to have the university conduct cutting-edge R&D that ultimately may yield nothing patentable or commercializable, the company must pay the same rate that would be paid by any party, including one that did not pay for the research.

This is problematic for companies that understandably want some assurances on ownership of the intellectual property (IP) that might emerge from the research they are funding. The sponsored research agreement (SRA) can include a “first right of refusal” provision, whereby the company can pay to acquire the IP if they want it (and if they do not, the university can license it to anyone). However, the company will want to minimize the risk associated with the IP-ownership acquisition. If the company were hiring another business to do the R&D, the parties would pre-negotiate the license fees or enter a work-for-hire arrangement where IP ownership automatically goes to the funder. But in the case of a public university, research sponsors cannot pre-negotiate the license fees because to do so would jeopardize the university’s tax-exempt status, according to Rev. Proc. 2007-47§6.02.

A Regulation Out of Synch with Reality

The intention of the “private use in bonded facilities” regulation was to prevent companies from receiving what essentially amounted to a subsidy by having their R&D conducted in a building funded through publicly issued bonds. This avoidance of “corporate welfare” may have made some sense in an era when public universities were flush with government funding that was not tied to any specific research, when full-cost accounting was not the norm, and when academic researchers had the time and money to do what they wanted in their labs.

Ask any researcher in a public university and he or she will tell you that things have changed:

In short, the “private use in bonded facilities” regulation is outdated and no longer aligned with the reality of R&D in public universities. Not only is it mitigating a non-existent risk, the regulation is being recognized more and more as a problem, as noted by Dr. Elizabeth Hart-Wells during the July 24, 2013, hearing of the U.S. House Subcommittee on Research and Technology on “Improving Technology Transfer at Universities, Research Institutes and National Laboratories.” Dr. Hart-Wells was Assistant Vice President for Research as well as Associate Director of the Burton D. Morgan Center for Entrepreneurship at Purdue University. She said the following in response to a question from Rep. Ami Bera about the tax code issues associated with university partnerships with entrepreneurs/industry:

We run into this and we have this conversation—actually more vigorous conversations more recently.… There is a prohibition on basically for-profit activities in those spaces [i.e., private use in bonded facilities]. So that is actually an input in the analysis that is often not considered… in the dialogue on the outside but is a critical go/no-go of whether a university can even undertake a partnership, whether it wishes to or not. It would be very appropriate in the context of all of the conversations about realizing the value of federally funded research through products and services, where appropriate, to consider and take up the question of “private use” and its impact—positive and negative—on this whole ecosystem.

The Damages from the Current Regulation

The negative impact of the “private use in bonded facilities” regulation is real, measurable, and far-reaching:

If the OSTP and NEC want to ensure that cutting-edge research will be conducted in the U.S., that our nation’s universities continue to be deemed world-class by all, that our historical investments in science and engineering reap economic benefits for our citizens, then I urge you to change IRS Revenue Procedure 2007-47§6.02 so that companies funding research at public universities can pre-negotiate their license rates.

Thank you for your consideration. If you would like to discuss this topic further, feel free to contact me.