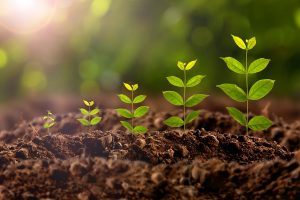 Today for the final installment in our Marketing Mondays series, I’m going to talk about cultivating your leads. The advice and examples offered here are designed to help your technology transfer office (TTO) stay in the sweet spot of putting in enough time to develop a qualified prospect without wasting time trying to force something that’s not meant to be.

If you haven’t already done so, check out my webcast on preparing to engage technology transfer prospects. Then use the following advice to keep those meaningful conversations moving toward negotiations.

1. Focus on What’s Important to Them

A first consideration in tech transfer is: Does the innovation address a genuine need? This focus on what the market needs permeates the marketing effort. Therefore, frame your conversations around what prospects will need to be able to make an informed decision about licensing the technology:

In each situation, decide how — and even whether — to involve the inventor in conversations with prospects. Sometimes inventors can be incredibly useful to the process, especially when the researchers are savvy about the business case for their work, understand and appreciate the mission of the TTO, and/or can clearly explain their technology to a non-expert. However, other researchers are more comfortable in the lab and struggle in these kinds of conversations. And still others may be detrimental to the effort, as in this example.

Sometimes the TTO technology manager can take the conversation with prospects only so far and the inventor has to be involved. In these cases, coaching inventors can greatly enhance their involvement. You can devise a script of sorts and/or have practice conversations. The goal is to help them distance themselves from their technology — to see it from the prospect’s perspective.

Remember to stay involved during prospect-inventor interactions. There are a host of reasons for this. Prospects might ask a question that the inventor can’t (or shouldn’t!) answer about licensing. Or the potential licensee might reveal a detail that will be useful in later negotiations (but that the inventor might not think to tell you). The list goes on and on.

So rather than handing prospects over to the inventor, facilitate the discussion between them.

3. Bring in the Inventor at the Right Time

This can be tricky, because the “right time” will vary. This subjective judgment requires the ability to weigh the value of inventor involvement against the potential risks:

Evaluate critically whether prospects are still just kicking the tires. If they are truly engaged, then involving the inventor is likely worthwhile, especially when you cannot efficiently or effectively provide the answers to their questions yourself.

4. Set an Action Item in Every Call

If a prospect has not given you a solid “No,” another conversation will need to happen. This is perfectly understandable, given that people need time to mull over and/or consult with others about what you’ve proposed. However, your prospects are busy people. And quite frankly, your technology is not their top priority. So, you need to walk the tightrope between staying on their radar screen without being a pest.

Having conducted hundreds of these calls, Fuentek has found that having an action item gives you a reason to follow up with prospects:

Therefore, make sure when every conversation ends that you’ve identified something actionable.

Persistence is important. Just because they don’t call you back doesn’t mean they’re not interested. But the reverse can also be true.

Even when a market exists, the technology is far enough along in its development, a prospect is perfectly poised to commercialize it, and every conversation seems positive… sometimes it’s just not meant to be.

A Story from the Field

It can be hard to walk away in these cases. But you must continually weigh the likelihood of success against what it takes to get there. A great example of this was Fuentek’s experience working with the TTO at NASA’s Armstrong Flight Research Center on a ground collision avoidance technology for aircraft.

We had identified and engaged with a leading supplier of avionics equipment. It was a perfect tech transfer match. The folks there understood the technology and the market. And the company could easily package NASA’s innovation in its existing product line. The conversations always went well, and they kept saying they were interested, even after some lengthy gaps between interactions.

But after a while, it became clear to us that a deal wasn’t going to happen. The business kept giving higher priority to its other projects. And for whatever reason, the people we were talking with just wouldn’t say, “No.”

That is, Fuentek recommended that the TTO instead focus their limited resources on other technologies with strong potential. The TTO took our advice and those technologies did get licenses. (Here’s an example.)

So, how do you know when it’s time to give up?

Ask yourself these questions:

Fuentek has a lot of experience helping universities, governments, and companies cultivate tech transfer leads, bringing qualified prospects to the negotiating table. To discuss how we can help your organization, contact us today.

Marketing
Recent Posts
Invest in the Future: Become a Mentor for STEM Student Competitions
The Value of Student Competitions to Promote STEM Education and Careers
Talking About Training With Trainers at AUTM’s Eastern Region Meeting
Promotion and Tenure Trends: Takeaways from #AUTM2022