Clearing Out an IP Portfolio Backlog Gets Faculty on Your Side: A Case Study 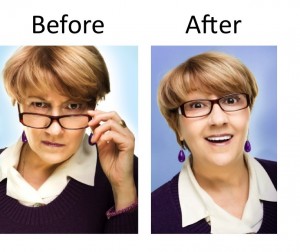 A conversation on one of the AUTM® discussion groups a bit ago focused on formalizing a technology transfer office’s (TTO’s) triage process. The director initiating the discussion was contemplating using interns for technology triage because his resources are limited. He also wanted his licensing project managers to remain focused on getting deals executed. Overall, his plan was to start providing feedback on inventions in a standardized format and within a certain timeframe. And part of the goal was to improve relations and build credibility with faculty.

All of this sent me down memory lane!

When Fuentek started working with a university TTO many years ago, the faculty were almost in revolt. Their opinion of the office was not particularly high, which was understandable. A backlog of hundreds of invention disclosures had not been acted on or even evaluated for their commercial potential.

As part of the effort to clear out the backlog in the intellectual property (IP) portfolio, Fuentek helped the TTO establish an internship program.

Hiring Interns for a Summer Start

We helped the TTO get the interns hired to start at the beginning of the summer. Interns were full-time staff for several months, which meant they were still efficient during the school year despite other distractions.

Interns were paid an hourly wage, and this pay structure worked very well. My observations of “class projects” have shown them to be a pretty bad arrangement.

Put simply: I do not advise setting up a TTO intern program that relies on course credit. You get what you pay for.

We used a formal and well-defined technology screening process. This is essential if you are going to have students perform the tech triage for you. Remember: The students will not be with you very long or for very many hours a week.

Our structured process resulted in a high level of consistency. It also allowed us to monitor quality without having to do a lot of retraining.

One detail I mentioned in the AUTM discussion group: Less is more. Doing 40 check-boxes to rate the technology in various categories will not change the final disposition decision. But it will add a lot of time and frustration.

Training and Mentoring the Interns

Clearing Out the Backlog

Four 4-intern teams cranked out a couple of screenings per day. This unusually high rate is tied to the fact that we had a consultant working with the interns full time.

For TTOs who do not have the resources to duplicate that arrangement, expect interns to take 15 to 20 hours to do a screening. (They don’t have the expertise or experience, so they need to do more homework.)

Depending on how many hours/week you have them in your office, interns will probably take 2 to 4 weeks to do one report. If you have them in a summer internship first, you can reduce this time and really improve their efficiency.

After interns did the legwork for the screen/triage, the pros reviewed their findings. In this case, Fuentek consultants always reviewed/approved the interns’ reports and outcomes.

The TTO’s tech managers then used the reports to make their final disposition decisions. In most cases, the tech managers need to review and approve the reports before they can be used in discussions with innovators (see below).

Tech managers discussed each screening’s findings and disposition decision with the inventor. This was time-consuming but essential for building positive relationships with faculty.

We explained our well-defined screening process to the faculty. And the structured reports provided a consistent product that explained to faculty the market potential (or lack thereof), which mitigated complaints.

Caveat: If your triage process includes calling experts and potential licensees (i.e., primary research), exclude these details — especially their contact information — from the report given to the inventor. There are a bunch of reasons for this, but the main one is that you do not want the inventor contacting a potential licensee. This risks disrupting your negotiations or damaging the relationship if the inventor challenges them on their specific comments. (At Fuentek, we save the primary research effort for when we ramp up for technology marketing.) 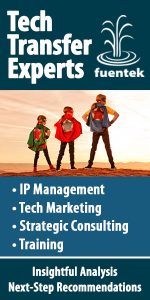 It was amazing how quickly the faculty came around after we gave them their reports, explaining our process and criteria. Once they got it, they became supportive. We had a larger communications strategy at work as well, but the screening/triage reports were key.

We had started the project in May, and by late winter the faculty were backing the TTO. Pretty cool, no?

We have more insights about using interns for technology screenings, including our white paper “Developing an Effective Internship Program for Your University’s Technology Transfer Office.” Or contact us to discuss how Fuentek can help your TTO establish an effective intern program.

IP Portfolio Prioritization, Internship Programs, Tech Transfer Training
Recent Posts
Awards for Innovation and Technology Transfer Successes: Why Apply, and How to Make the Most of It
Invest in the Future: Become a Mentor for STEM Student Competitions
The Value of Student Competitions to Promote STEM Education and Careers
Talking About Training With Trainers at AUTM’s Eastern Region Meeting