How and When to Shut Down Technology Marketing Efforts 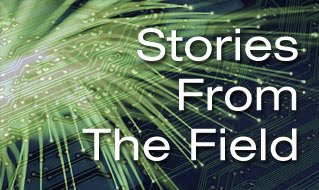 There’s no time like the new year to reflect and reassess. Where are your marketing efforts working, and where are they stalled? Remember: For every hour spent on a technology going nowhere, your team could be digging for gold on a technology with higher potential!

But making the call to shut down a marketing effort isn’t easy. Even if you’ve done everything you were supposed to do in the ramp-up to marketing, sometimes you don’t getting any traction with prospects.

How do you make the tough call to cancel the effort and move on? This post gives three examples of real marketing campaigns where Fuentek advised clients to close down the marketing effort.

Years ago, in evaluating a client’s technology, we received excellent market feedback on its key features and benefits. Industry leaders were anxious to learn more about it. So, we launched an aggressive marketing campaign. We leveraged our warm leads, made cold calls, and used social media tools.

Not long after we made contact with prospects, we began hearing the same feedback. One particular aspect of the technology was not viewed positively by the prospects. While the prospects are totally enamored of the key benefits, this one characteristic seemed to be a show-stopper.

We discussed it with the inventor, but there was no way to overcome this perceived flaw. It was inherent in how the technology worked. The fatal flaw had no work-around, and thus the technology could not deliver the benefits that had everyone so excited.

So, it was time to cut it loose.

If you are hearing consistently negative feedback, especially for the same reason, it’s time to shut the marketing effort down and move on to the next promising technology.

This next one is a tech transfer marketing effort that shouldn’t have launched in the first place.

A client came to Fuentek with a technology that they wanted to market. They outlined a number of (what appeared to be) compelling market benefits. In fact, they’d had great success using the technology themselves. They insisted that we kick off the marketing effort without first evaluating its market potential.

They were persuasive and, against our better judgment, we agreed.

Immediately upon contacting prospects, we began hearing consistently negative feedback. The current state of the art had far surpassed this technology. No one was interested.

Every week during our status calls with the client’s licensing manager, we recommended shutting the effort down. And every week we were told to continue making calls. They were convinced that the technology was the best thing since sliced bread.

After 2 months of us telling them that we kept getting the same feedback, the message sunk in for our client that the technology was not licensable. The client finally agreed to shut it down.

This time, we did our evaluation of commercial potential. And our client’s software yielded positive feedback. In fact, that interest was great enough to warrant moving forward with marketing.

Unfortunately, our client’s resource constraints delayed the start of marketing for a significant period of time. In the meantime, the key inventors moved on to other projects. They had limited availability to support the marketing effort once it was able to start.

After launching the marketing effort, we quickly generated several viable leads. But without access to the inventors, we could not demonstrate the software or enable the prospects to test it. The leads grew cold. So we recommended that the technology continue to be passively marketed online.

Sometime after that, an unexpected national event occurred, spurring great interest in the technology. Organizations scrambled to look for solutions. And many of those solutions could be aided by our client’s technology. Suddenly, their phone was ringing off the hook, and the prospect pipeline was full again.

Lack of access to the inventors is always a high hurdle to overcome. No matter how good the technology is, if you cannot bring the necessary resources to bear, shut the marketing effort down and remove the technology from your website. Otherwise, you risk damaging your credibility by taking in leads that you do not have the resources to follow through on.

Fuentek has helped a wide range of universities, government labs, and commercial companies with strategic and effective technology marketing campaigns. Contact us today to learn more about how we can help you.