Several weeks back, I participated in an excellent event that should inspire any technology transfer organization. The “Technology Day” event at NASA’s Dryden Flight Research Center had value that transcends federal labs and isn’t limited to the U.S. 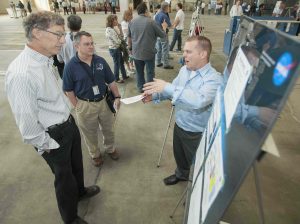 Sponsored by Dryden’s technology transfer organization, the Technology Day wasn’t for potential licensees, partners, venture capitalists, or other investors. Rather, it was an internal event where innovators could share their cutting-edge R&D without inappropriate disclosure to an external audience. 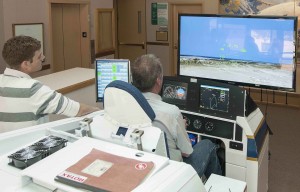 The bulk of the schedule was made up of 30+ poster sessions and technology demonstrations. Colleagues wandered the room and engaged with their fellow researchers. And labs throughout the facility opened up, offering opportunities to witness their technologies in action.

The afternoon included a discussion on the importance of identifying and reporting new technologies. And a couple of researcher-focused open forum discussions related to IT resources for researchers and the direction of the research organization.

Most importantly, the poster sessions helped tech transfer staff identify newly developed intellectual property (IP). This was great for researchers who prefer to talk about what they have been doing rather than filling out a form. (Okay, so that’s nearly everyone, right?

Seriously, inviting researchers to present inspired them to discuss their innovations. Some of these technologies the researchers hadn’t recognized as worthy of reporting in an invention dislosure. The tech transfer staff is now following up with those researchers to get the commercialization process underway.

Having Dryden’s different groups share what they were working on revealed several instances where related research would benefit from internal collaborations. In any large R&D organization, this opportunity for cross-functional interaction is incredibly useful.

Researchers’ greater understanding and awareness of IP and technology transfer bolsters both of these efforts. So, I gave a 1-hour presentation called “Innovation and Tech Transfer: Getting the most out of your innovation efforts.” My talk used examples to show why tech transfer is important, demystify the jargon, and explain the process and the innovator’s role in it.

This was important because researchers often focus so much on their work that they don’t think about the fact that they developed new technology. This session focused on helping them become more aware of what “counts” as technology. And the lively Q&A suggests we will see increased invention disclosures and participation.

I joined tech transfer staff in walking around the poster sessions to interact with the inventors. These casual conversations allowed us to learn more about the technologies. Also, we shared ideas about how the innovations might be useful beyond NASA. And we generally fostered the internal relationships that are key to successful tech transfer.

Best of all, Dryden’s Technology Day was very inexpensive to produce. Because it was an internal-only event, it didn’t have to be super fancy to impress potential licensees/partners. Given the event’s high impact, plans are underway to do something similar on an ongoing basis.

Does your TTO sponsor these types of internal technology showcases to identify new technologies in a “safe” environment? Feel free to share your experiences or find out how Fuentek can help your TTO by sending me a private message.