Live from the 2013 NCFIRST Robotics Competition

By Laura Schoppe
Laura Schoppe is the founder and president of Fuentek, LLC. She served as 2011-2013 VP of Strategic Alliances for the Association of University Technology Managers (AUTM) and was the chair of AUTM's Global Technology Portal Committee.
Editor’s Note: Fuentek president Laura Schoppe is once again a judge at the North Carolina FIRST Robotics Competition. She has taken a few photos from the early stages of the event. If you’re in the Raleigh area, stop by Dorton Arena to check out the amazing robots these incredible kids have made to tackle the Ultimate Ascent challenge. The full schedule is here, but the competition times are:

Over 50 teams are at the Regional Tournament at Dorton Arena, and 41 of them are from North Carolina! This year the robots have to fling a flying disc through a slot in the boards at the ends of the field and then climb a tower, one rung at a time. As in the past, each round starts with the robots in autonomous operation. All the teams arrived on Thursday with working robots and nearly all made it through inspection. Great accomplishment!

Meeting Woodie Flowers on Thursday evening: He is one of the co-founders of the FIRST Robotics Competition and professor emeritus at MIT. His being at this year’s event is a big deal for the kids. They really like him! 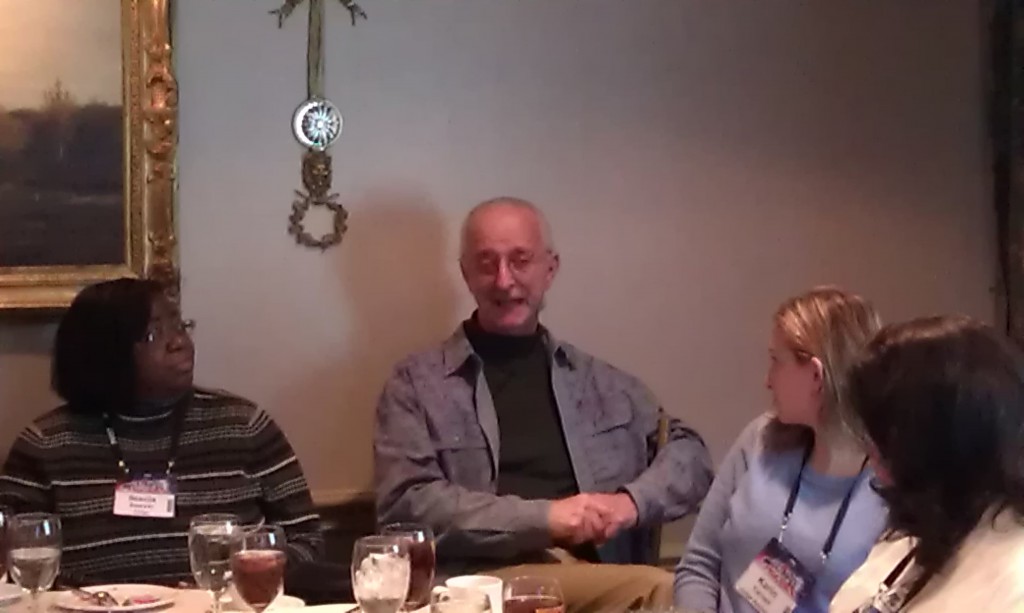 The judges get ready: Here was are early this morning. Big thanks to @Sharlini_NC for taking this photo. 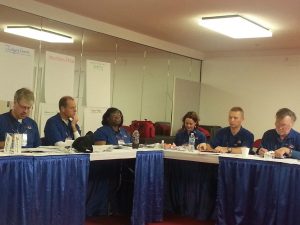 Some shots from Friday’s opening ceremonies, including team from the Netherlands singing their national anthem. 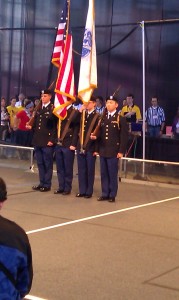 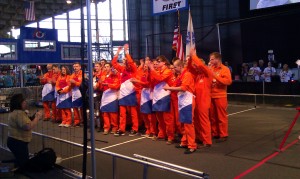 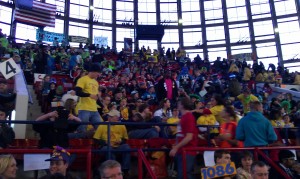 Marshall Brain fires up the crowd: The founder of How Stuff Works encouraged the kids to keep being entrepreneurial. (His son is competing this year, BTW.)

Woodie’s words of wisdom: It’s more important to work hard than just be smart. Smart is too conservative, whereas effort makes you risk and push the envelope. Learning is work/effort. Never stop learning. 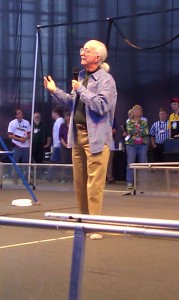 Let the games begin! In the first round, Team 1519 rocked during the autonomous round, scoring several goals before going on to score even more during the regular play. If this is a sign of what’s to come, it will be an amazing day of engineering feats. (Throwing a frisbee at a slot is very hard.) 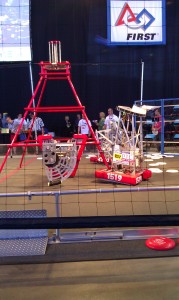 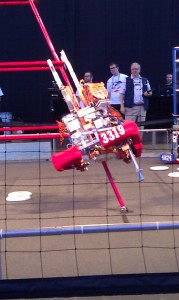 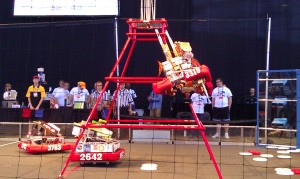 Have I convinced you yet? Then get on over to Dorton Arena!