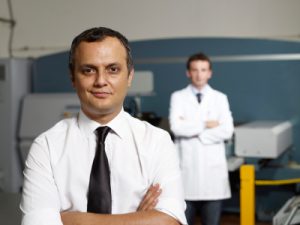 Innovators can often be a huge asset when you are in discussions with a potential licensee. After all, they bring more knowledge and expertise about the invention to the table than anyone else. They also often are a good source of information about potential applications and target markets. But as we at Fuentek have learned over many years, one should never underestimate the strength of the connection between the innovator and his or her invention–and how that can help or hinder the commercialization process. Let’s take a look at a specific example.

We were working with a technology transfer office (TTO) on commercialization options for a technology that had achieved critical, high-profile use within the organization. In our early interactions, we had difficulty getting the innovator to commit time to meetings related to the commercialization efforts. We began to realize that the innovator was not completely on board with our efforts. We observed that he had a strong emotional tie to his innovation, seemed concerned that the TTO was going to give away the fruits of his decade of hard work, and had his own preferences for additional applications for his invention and was not open to investing time in exploring other commercialization options.

These issues became quite clear during our initial conference call between the innovator and one of our prospective licensees. The inventor’s negative feelings emerged as belligerence and even rudeness. It was extremely awkward and set back our efforts with the prospect.

Recognizing the need to proactively manage future interactions between the inventor and prospective licensees, we worked diligently to gain more buy-in from the innovator, leveraging technology awards as a means to enhance the relationship. These efforts paid off, and commercialization efforts have continued, with the technology having been demonstrated to several very interested prospective commercial licensees.

The lesson learned is: Always invest adequate time up front to get the innovators on board with your commercialization plan. Their support is critical to executing it.

Do you have specific strategies for gaining innovator support during technology marketing or commercialization efforts? Leave a comment below, or contact us privately to continue the conversation.