By Karen Hiser
Again and again we hear about how innovations developed at NASA for the space program are being used outside the agency for entirely new applications—thanks to the technology commercialization successes of NASA’s technology transfer program, the Innovative Partnerships Program. NASA’s Generalized Fluid System Simulation Program (GFSSP) is yet another example. 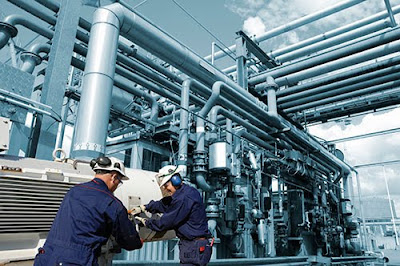 Originally developed by innovators at NASA’s Marshall Space Flight Center as a specific solution for Marshall’s Propulsion Systems Department to accurately predict the axial thrust in a turbopump, GFSSP has since been modified to work as a modular, general purpose code, for analyzing steady state and transient flow distribution in complex flow networks.

NASA’s code enables engineers with backgrounds in fluid mechanics and thermodynamics to quickly and easily develop models for complex flow circuits, such as secondary flows (e.g., leakage flows), to understand the impact of such flows on an entire system. The program has enabled engineers to save time and avoid the costs associated with writing code from scratch, make better design decisions early on, and decrease the number of tests required while improving testing quality.

The innovation has also benefited commercial applications. In 2001, Concepts NREC licensed GFSSP, making it an integral technology in the company’s Cooled Turbine Airfoil Agile Design System (CTAADS™) software. GFSSP offers the unique ability to provide an accurate model of the company’s turbine blades and their flow networks, including flow rates, fluid properties, and contributions of the flow network that impact the blade’s temperature. CTAADS has become a successful product for the company, with sales to major aerospace organizations. According to GFSSP innovator Dr. Alok Majumdar of Marshall’s Thermal Analysis Branch, “NASA wants to see its technology being utilized by other industries, and GFSSP is an ideal choice for that. It’s not limited to turbopumps, but can be used for any flow analysis. Because it is a general purpose code, [GFSSP] can be applied to fluid transport systems, models of water flow in pipelines, distribution systems in chemical plants, HVAC systems…. It has so much potential as a predictive tool for many industries.”

If you’re interested in learning about licensing the GFSSP technology or other NASA intellectual property, contact us nasa.msfc@fuentek.com or (919) 249-0327.

CTAADS is a trademark of Concepts NREC.