Perception Is Reality When Negotiating a Deal 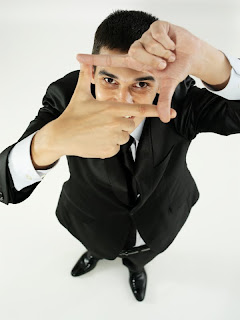 We know that not all technology transfer deals are created equal. And in some cases, the estimated value of a deal can appear to be so low that it’s not worth going after. So how do you know when to abandon the negotiation and when to push for a more lucrative deal? That’s the focus of this Story from the Field.

A prospect was interested in licensing our client’s technology, but in the course of qualifying the prospect, Fuentek learned that the company’s rough estimates of sales would yield very little royalty revenue—approximately $3K per year.

This low value was hardly worth the effort of negotiating a licensing agreement, so we saw two options:

Option 2 had good potential for success, so we decided it was worth at least an initial attempt at influencing the prospect’s perception. First, we identified several new ways that the prospect could use the technology—ways the company hadn’t originally thought of. In looking at the technology from this broader perspective, we helped the prospect identify a new market to tap. We also helped the prospect understand ways to increase profit margins on existing products that were being custom built with expensive parts by replacing them with products built with our client’s technology.

These new business opportunities changed the prospect’s perception of the technology, allowing the company to see the technology as a potentially integral part of its business. This had two positive effects for our client:

Lesson learned: When looking at a potentially low-value licensing agreement, evaluate whether the prospect’s perception of the technology’s potential value could be expanded, thus expanding the value of the deal itself.

Editor’s note: Part of the success in this case was tied to the two-step license application process that Fuentek devised and helped this client implement.

Have you had any similar experiences with licensing agreements? Leave a comment below, or start a conversation by contacting us.