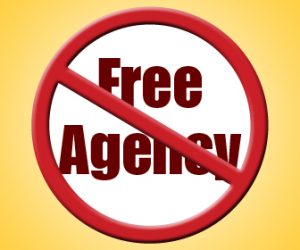 The urgency is growing surrounding a very important technology transfer issue: the free agency concept. This is the idea put forth by The Kauffman Foundation that university faculty should be able to shop their discoveries to any third party for licensing.

The free agency concept first gained attention in January 2010, when Harvard Business Review called it a breakthrough idea for 2010. I blogged at the time that it is, in fact, a naive idea.

Amazingly, the concept has made its way into pending legislation introduced by Sens. Mark Warner (D-VA) and Jerry Moran (R-KS). Although S. 1965, which is known as the Startup Act, provides much-needed support to accelerate the formation of startup businesses, Section 7 of the bill includes some free agency provisions. Basically, it would allow university researchers to choose their own agents to help transfer their technology rather than working with their home university’s TTO. These provisions raise some significant questions, which have yet to be answered. (For more information about S. 1965, download the bill summary or its full text.)

Besides a 2009 piece that we mentioned back in February, some other key items have been published in the past few weeks that every tech transfer professional (and university researcher, for that matter) should read:

In School Power: The Case for Keeping Innovation in the Hands of Universities, which appeared the following week on The Atlantic Web site, Mr. Allen is joined by former Sen. Bayh himself in decrying the free agency concept.

We also had Todd Sherer of Emory University and current president of the Association of University Technology Managers® (AUTM®) urging members to Just Say “No” to Free Agency in his April 13th blog post.

I urge you to check out AUTM’s No Free Agency resource center and take some or all of the steps outlined there:

If everyone who opposes free agency raises their voices against it, we may finally be able to educate the powers that be on the realities of implementing this concept and put this non-productive idea to rest.