The Problem with Startup Metrics: Kicking Off the "Metrics Monday" Blog Series 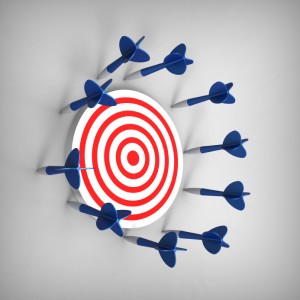 Several months ago, a read an article called “Are Universities Creating Too Many Biotech Startups?” At the time I thought: The question is not how many startups should a university do, but why are they doing them?

Since then, I’ve seen more and more stories in the industry news about universities focusing heavily on startups, particularly within the context of job creation and helping the local economy. Not surprisingly, some of these efforts are emerging from state government and/or economic development agencies.

I myself have been invited to participate on several panels and task forces related to this topic. Their recurring mantra has been: “We want to increase startups and licensing revenue.” My response always is: Increasing startups and increasing licensing revenue are mutually exclusive goals and neither goal improves job creation or the innovation ecosystem in the long term.

Furthermore, startups cause a negative return on the technology transfer office’s (TTO’s) investment in protecting intellectual property (IP) and pursuing licensing revenue. The vast majority of startups do not generate licensing revenue for many years, if ever. A well-established company will bring in licensing revenue faster and is more likely to succeed. Additionally, universities are more willing to terminate the license if the expected revenue is not generated within the specified timeframe when the licensee is an established company than they are when licensing to a startup, especially one that involves the innovators.

My experience has been that state legislators and university administrators want the favorable publicity associated with saying they are creating startups in their backyard. But it often seems that many of them do not recognize startups’ success rate (or lack thereof) and what is involved in creating a startup and making it successful.

Dedicating some resources/attention to startups and entrepreneurship isn’t a bad thing when structured as part of all possible options for innovations. It is valuable for TTOs to offer students and faculty the information they need to be effective entrepreneurs. (In fact, I think it’s so valuable that Fuentek offers entrepreneurial training services.)

But as I’ve blogged about before, focusing too heavily on startups can have significant drawbacks. Stakeholders’ emphasis on startups can encourage/pressure/force TTOs to ignore an alternate (perhaps preferable) path in favor of doing a startup. Does it really make sense not to license a technology to a company simply because it is already established and/or is located outside the state? Such constraints limit the potential for tech transfer success.

Furthermore, some TTOs are so under-resourced that it is easier to get IP coverage and give it to inventors when they ask for it than to spend the time to objectively evaluate whether IP protection is merited and then proactively try to get the right licensee, regardless of where that licensee is located or whether it’s a startup. Goals related to economic development and startups exacerbate this problem because they are set with no regard for the best commercialization solution for each technology.

The fact is: Only some of the dozens (or hundreds) of technologies emerging from a university each year are good candidates for a startup. And only a subset of those will have enough potential ROI to win funding. And then only a mere fraction of those can secure the right resources (e.g., CEO, equipment) needed to be successful. And then only a handful of those will actually succeed.

As for job creation, most startups are part-time efforts for the university innovator (no new job created there) and may add a couple of positions over the years if they are successful. Of course, there are a small handful of homeruns from across the country, like Quintiles here in North Carolina that spun out of UNC-Chapel Hill, but these are rare indeed.

Building an entrepreneurial ecosystem or creating jobs involves many parameters that impact each other. Focusing on startups as a singular metric is not the way for universities to impact economic development.

So what are the right metrics for TTOs to focus on? Well, that’s what I’ll blog about in the next “Metrics Monday” post. Watch for it in August.