$4K for Expedited Patent Reviews: A Small Step that Needs to Be Bigger

By Laura Schoppe
Laura Schoppe is the founder and president of Fuentek, LLC. She served as 2011-2013 VP of Strategic Alliances for the Association of University Technology Managers (AUTM) and was the chair of AUTM's Global Technology Portal Committee.
The U.S. Patent and Trademark Office has recently announced a new program to allow companies to pay $4,000 (rather than the standard ~$1,000) to have the review of a patent application expedited. Currently patents take about 35 months to process to final action (25 months for the first action). By receiving an extra $3,000, the USPTO asserts it will cut down the processing time to 12 months, according to an article in The Wall Street Journal.

Hearing the many voices crying out for and against this plan, I decided to do a little number crunching of my own, using data from the USPTO Performance and Accountability Report for fiscal year 2010. You’ll never guess what I found.

And this last little nugget really sent me over the edge: 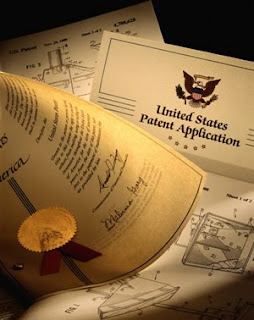 At Fuentek, we screen and assess technologies before we recommend them for patenting. Of the hundreds of technologies we have recommended for patenting in the past 10 years, only a couple have not been allowed, and we knew we had issues with them going into it. I would be mortified—and probably fired—if 50% of the innovations we said should be commercialized couldn’t get patented.

Something is significantly wrong. Our system is incentivizing the submission of unallowable patents. Submitters are either not doing their homework or they are being pressured to file applications they know won’t receive patents. And the really sad thing is, because the USPTO isn’t covering its costs for these reviews, the American people are paying for it.

An Alternative Approach
Enough of the doom and gloom! I have a few suggestions to help mitigate the ever increasing backlog problem at USPTO.

1. Increase Filing Costs for Non-Provisionals: The provisional patent should remain an inexpensive interim option, but the cost to file a patent should be raised to $4,000–$5,000 so that it actually covers the cost. Although a higher fee is more difficult for individual inventors and small companies to afford, it also will help filter out the applications that are not properly vetted before they are submitted. Set a hurdle high enough, and the submitter is more likely to perform the appropriate due diligence on the potential for having the patent allowed and its commercial viability.

2. Increase the Expedite Fee to Be Double the Standard Fee: An expedite fee of about $8,000–$10,000 further forces the submitter to perform more due diligence to determine if the innovation will lead to a sufficient return on investment. (If you aren’t going to make money from it, why patent it?) If the innovation has good commercial potential, then it’s worth $10,000 to the company to get it to market faster. And the icing on the cake is that it will help the U.S. economy faster. For a prestige patent or a patent for an innovation that the market isn’t interested in it, the company won’t bother to pay the extra fee.

3. Pay Patent Examiners Better: One Web site listed USPTO salaries ranging from $55,000 to $140,000. This is a pittance compared to what these attorneys could earn at a private firm. Offering examiners better pay will allow USPTO to compete with the law firms that are hiring them away. Attracting experienced examiners and keeping them on staff longer will decrease processing time and eventually reduce the number of examiners needed to work through a yearly load.

4. Require a Due Diligence Report, Including Market Fit and Potential: Now, this is an extreme suggestion and I doubt it will get adopted. However, every submitter should do this anyway to make sure that the cost of patenting will be worth it. Maybe requiring it in the application would help submitters realize when the expected return doesn’t justify the costs of patenting and they won’t bother to submit a “frivolous” patent application.

Our taxes pay for the over-burdened USPTO, while viable innovations are being delayed from adding to the economy. This is a big problem. And the administration’s new fee is a step in the right direction to help recover costs and add hurdles to remove unproductive filings. But it isn’t enough to make much of a dent. They need to go further.

–By Laura A. Schoppe