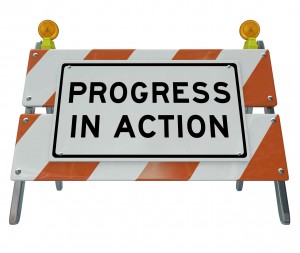 Last week I had the distinct privilege of serving as a panelist for the Lab-to-Market Inter-Agency Summit, sponsored by the White House Office of Science and Technology Policy. Designed to obtain insights from experts in industry, academia, and finance about federal programs working to accelerate their lab’s rate of technology transfer, the discussion was productive and surprisingly candid. (Perhaps the latter begat the former!) I for one was encouraged by some of the tech transfer work that’s already being done in various federal agencies and look forward to seeing continued improvements in how federal labs bring value to the economy.

The meeting began with a very quick overview of five programs:

All of them were interesting programs, and I was especially impressed with the ARPA-E program. T2M asks researchers to assess their project’s status in terms of market interest in and manufacturability of the technology they’re working on as well as regarding the team, plans for intellectual property protection, and funding. The goal is to help researchers develop a roadmap toward commercial viability from the very beginning, not as an afterthought.

After these overviews, the panelists and federal lab participants began to discuss what’s working, what’s not, and where improvements can occur. The group came up with nearly 20 recommendations that fall into several areas, and these recommendations will be presented in a memo to White House CTO Todd Park for presentation to President Obama. Because I think many of our recommendations are relevant to any research lab, I’d like to mention a few of the things we covered, particularly regarding policies, integration, access, the idea of having a authority/responsibility at the highest level of the organization, and the F word: funding.

The back-and-forth between federal labs (left) and panelists (right) made for a highly productive summit.

The group agreed that several policy changes could be made that will improve the lab-to-market transfer of technology without the need for additional funding to federal programs. These policies related to things like conflict of interest, the role of the attorneys (being supportive of the goals, not obstructionists), collaboration between agencies, consolidation of agreements used, and many other regulations or practices.

Based on the discussions at the summit, it’s clear that duplication of effort and silos have developed that—much like what we’ve seen here in the Triangle—create inefficiencies in the government. Several tech transfer–related activities can be better provided by leveraging best practices, identifying the best resources for managing and/or performing the activity, and consolidation across labs. The activities that are ripe for this include innovator education, technology evaluation, databases, agreements, etc. (I’ve talked about the advantages of centralization, coordination, and consolidation before with regard to universities, but the same ideas apply to the federal government.)

The silo-effect is not limited to tech transfer. There are some research activities ongoing at multiple labs and funded through multiple agencies that are very similar. This may be more productive and efficient if the labs worked collaboratively. (Anyone up for some coopertition®?)

The question of “access” is a three-prong issue related to the need for information and access to resources. Federal labs need to know what industry needs so they can leverage this knowledge in their research programs when appropriate. At the same time, industry needs to know about—and have access to—government capabilities and technology. Then, once a connection between the two is found, access to human and financial capital is needed for successful value creation.

A Chief of Innovation

One specific recommendation that came up was to have a single entity in the executive branch that reports at the highest level to help guide U.S. investment and ensure that federal technology transfer achieves its potential for value creation. Establishing this new “Chief” or “Secretary” of Innovation, which would require a policy change as well as funding (if not new funding, then at least a shift in allocation), would allow all of the recommendations in policy, integration, and access to become a reality. Such an entity also would be in a position to evaluate all of the federal programs—not just the five we heard about at the summit—to identify best practices and consolidate resources.

For this recommendation to be successful, a change of culture is needed. And the culture change will need to come from the top down to have an impact on our country’s $140 billion federal research investment. In other words, the Chief of Innovation would also be the Chief Change Officer to ensure that these changes are implemented throughout the government.

The group also agreed that, if the White House—and indeed the Congress and U.S. taxpayer—wants more lab-to-market success, there has got to be an investment targeted at transitioning government-funded innovations into U.S. industry. Put simply, funding the latter stages of innovation is a requirement. At a minimum it requires a shift in funding, if not an actual increase in funding.

Of course, this is not a popular thing to say in these times of sequestration, but it’s true if we want to regain our economic stature. Without funding, all of this talk of wanting to improve tech transfer and R&D’s ROI to create more value to the U.S. economy is hot air. The government needs to put its money where its mouth is, or it needs to stop beating up on federal (and academic) research institutions.