Worth Reading (and Buying): Holiday Edition

By Laura Schoppe
Laura Schoppe is the founder and president of Fuentek, LLC. She served as 2011-2013 VP of Strategic Alliances for the Association of University Technology Managers (AUTM) and was the chair of AUTM's Global Technology Portal Committee.
As we leave Thanksgiving behind, work our way through Hanukkah, and head toward Christmas, today’s post focuses on holiday shopping as well as the usual articles and reports of interest to the technology transfer, business development, and R&D communities. Let us know about your favorite science, technology, engineering, and math (STEM) gift ideas as well as readable tidbits. 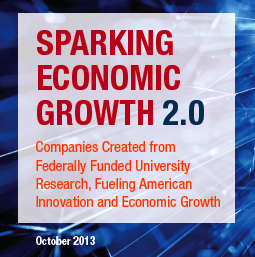 An article on Phys.org brought our attention to the Science Coalition report Sparking Economic Growth 2.0, which is subtitled “Companies Created from Federally Funded University Research, Fueling Innovation and Economic Growth.” The report, as well as the success story profiles online, demonstrate that determining the impact of federally-funded, university-led research is not as simple as measuring licensing revenue, despite what gets reported in The New York Times. You can access this and several other reports in the Reports & Resources section of the coalition’s website. 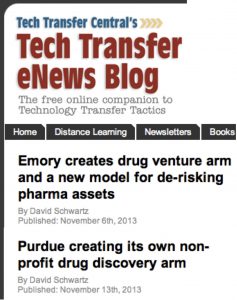 A lot of universities are talking about the need for translational research in drug discovery to help reduce the risks associated with bringing these innovations through to clinical trials and increase commercialization successes. Many are seeking government funding to support such research, but the really interesting ones are those that are putting their own money where their mouth is, committing infrastructure and funding. Two examples are Emory University, which has created Drug Innovation Ventures at Emory (DRIVE), and Purdue University, which is launching the Purdue Center for Drug Discovery. (Both Emory‘s and Purdue‘s efforts were featured by Tech Transfer Central.)

This past month also showed us some examples of the types of internal centralization/consolidation as well as inter-organizational collaboration/cooperation that I have blogged about wanting to see more of. 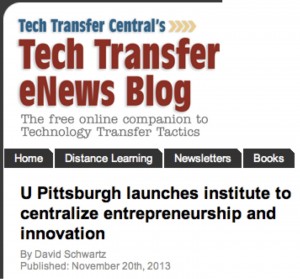 U Pittsburgh Launches Institute to Centralize Entrepreneurship and Innovation:  This article described how three Pitt departments — Office of Technology Management, Office of Enterprise Development, and Institute for Entrepreneurial Excellence — will now be “under one roof” as the Innovation Institute. Furthermore, this consolidation is expected to further enhance Pitt’s longtime tech transfer collaboration with neighboring Carnegie Mellon University, as reported in a Pittsburgh Business Times article. This is good news for Pitt, CMU, and Pittsburgh’s economy. I love the idea of consolidating related programs. (We need more of this here in RTP, IMHO.) 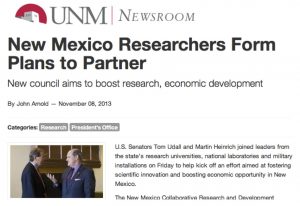 New Mexico Researchers Form Plans to Partner: This is an example of neighboring universities and federal labs looking to collaborate. The collaboration has taken the form of the New Mexico Collaborative Research & Development Council, which brings together New Mexico–based Dept. of Energy labs, universities, and Air Force bases and research labs. The council will form working groups to focus on (1) determining the councils initial strategic thrust; (2) cataloguing the member institutions’ ongoing research to find areas of intersection; and (3) addressing contractual complexities that inhibit collaboration among universities, national labs, and Defense Dept. installations. 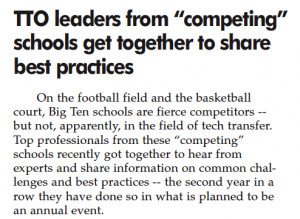 TTO Leaders from “Competing” Schools Get Together to Share Best Practices: This story of a best practices and networking meeting among “Big Ten” schools is a great example of how some groups are finding it helpful to get together in small meetings to really work on how to collaborate and learn from each other. These are a great supplement to the larger regional meetings offered by AUTM® and LES’s chapter meetings. As noted in the Technology Transfer Tactics newsletter article, this year’s meeting was augmented by the University of Chicago and Maryland-based Johns Hopkins, suggesting alignment less based on sports division and more related to being “peer institutions,” as Tony Armstrong of the Indiana University Research and Technology Corporation termed it.

I’d like to close this holiday edition of our “worth reading” post by bringing a few gift ideas to your attention:

Now I know there has been some controversy over girl-focused bricks and the Friends series. But I hold to my position that many girls are, in fact, more attracted to pink and purple. So if that’s what it takes to get them to start building, who cares?! I have bought a 9 year old girl two Friends sets and augmented them with a house Creator set and a plane/car Creator set, and we have played for hours restructuring and creating our own versions of the inventor lab and blowing it up with her experiments. (Maybe it was a meth lab and I didn’t realize it!) Apparently that’s all it took for her to start playing with all her LEGOs and pooling them together to make new unscripted things. Being judgmental about how girls should be attracted to play with LEGOs gets us nowhere.

Now excuse me while I build another female Tower of Power. (Yes, those are wine glasses they’re holding. Cheers! 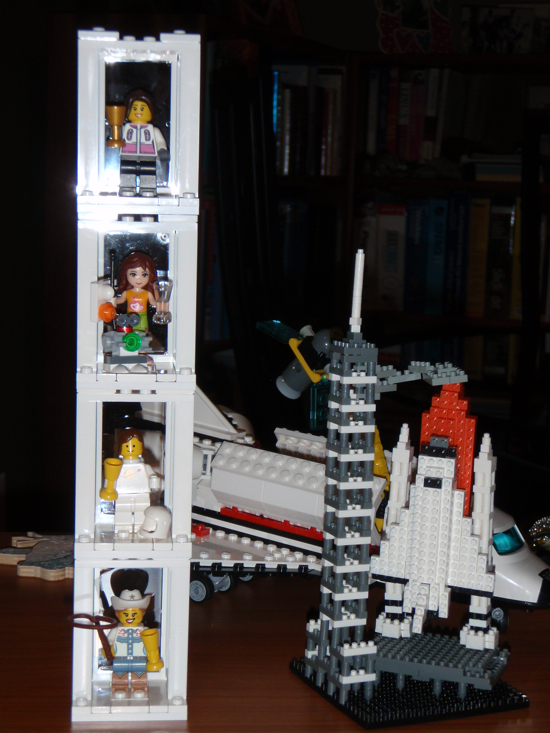