Worth Reading in Tech Transfer: Summer 2015 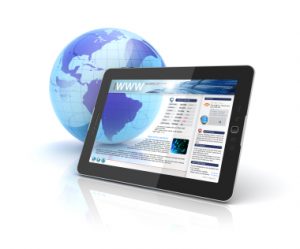 Today we bring back a reader favorite for our blog. In returning to these “Worth Reading” posts, we’re changing things up to include insights from across Fuentek’s leadership. These perspectives from Laura Schoppe, Danielle McCulloch, and Becky Stoughton are based on the expertise they have gained in doing what we do as well as their past experience. Enjoy!

Where Should Pharma Hunt For Academic Innovation? • Forbes.com • July 21, 2015 • This post posits that, although A-List universities (e.g., Harvard, Rockefeller, Stanford, UCSF, Yale) are worthy collaborators, pharmaceutical companies miss breakthrough research opportunities when they ignore the rest of the pack.

From Laura: This article is absolutely right that pharmaceutical companies should look beyond the A-list universities for potential partners. In addition to the three valid reasons listed, there’s another benefit of casting a wider net — and this applies not just to pharma but to any industry.

Because leading faculty and institutions are highly sought after and in a better position to be choosy about what they work on, it can be hard to get their attention. Companies may do better to seek out others with sufficient qualifications. A great database to search for the universities innovating in a particular field is the AUTM® Global Technology Portal. Searches are free, and using a keyword search you’ll quickly find which universities (and government labs) are likely have the expertise you’re looking for. (BTW, if you’re a university posting in AUTM’s GTP, here are some tips for your online postings.)

UC San Diego Wins Legal Battle in Dispute with USC Over Alzheimer’s Project • Los  Angeles Times • July 24, 2015 • This story reports on the case of a departing principal investigator who was accused of illegally transferring the database for a landmark research project to his new employer. Although monetary damages had not yet been decided, the judge did rule that UCSD owns the database as its intellectual property (IP).

From Becky: This case is an excellent example of how important it is to draw a clear line regarding the date of the researcher’s employment transition and — more importantly — what IP existed before that date. The IP might include patents, patent applications, copyrights, invention disclosures, or (in this case) data.

Having a clear delineation makes it easier to establish an arrangement governing how the two institutions will manage the IP, should that become necessary and/or mutually beneficial. It’s important to note that such an arrangement — possibly a research license, a material transfer agreement (MTA) granting specific rights, an inter-institutional agreement (IIA), or even an assignment of rights — might not be established at the time of transition. In fact, you might find yourself in the tricky position of working to establish the agreement years later, which further underscores the importance of documenting the current state of the IP at the time of the researcher’s departure.

NASA Releases Over 1,000 Free Software Programs • Tech Transfer eNews Blog • May 19, 2015 • This post announces the publication of NASA’s 2nd annual catalogue of free software. As noted, “the catalog website has had millions of visitors… [and] NASA remains the first and only federal agency to release this comprehensive a collection of free software tools.”

From Danielle: The Software Catalogue is just one of several efforts spearheaded by NASA Headquarters to present a cohesive presence of the Agency’s tech transfer program. This is a formidable goal, given that each of NASA’s 10 Field Centers has its own tech transfer office. Yet, as we have pointed out before, consolidating/centralizing certain activities across “campuses” can avoid duplication of effort and other inefficiencies. It also provides a one-stop shop for outsiders who are unlikely to recognize (or care) exactly where within a larger organization a technology originated — they just want to access it quickly and efficiently. We are assisting NASA with a few other efforts in this vein, and you’ll be hearing more about them in the weeks to come.

Doctorpreneurs: Many Bright Inventions Come Out of the NHS. Too Few Are Exploited • The Economist • July 4, 2015  • This article briefly describes the obstacles blocking successful transfer of technology developed in British hospitals within the National Health Service (NHS).

From Laura: This relates to Danielle’s NASA article and the importance of coordinating/centralizing among “sibling” TTOs. Although the Economist article did not specifically cite it, an insightful tweet from our friends at Knowledge Investors made the centralization connection. It was solidified for me when I found a June 2015 study entitled “Improved Circulation: Unleashing Innovation Across the NHS,” which makes recommendations for the 15 regional Academic Health Science Networks (AHSNs). Established ~18 months ago, the AHSNs’ agenda was set by the NHS as “to drive adoption and spread of innovation… [and] create a synergy between researchers in universities, industry and entrepreneurs, and the local NHS to identify, exploit and commercialise innovations.” Sound familiar?

What makes these AHSNs unusual is that each serves multiple institutions, rather than each hospital having its own TTO. Plus there appears to be at least some collaboration across the AHSNs, not unlike what we’ve observed in other countries. I look forward to watching these collaborations continue and seeing what (if any) centralization/consolidation they pursue.

Problem=pipeline+prejudice. Once hiring shifts (esp. in C-suite), minorities will gravitate to these disciplines. https://t.co/Hx3QTcx8My