Wrapping Up the Outdoor Retailer Show in Salt Lake City 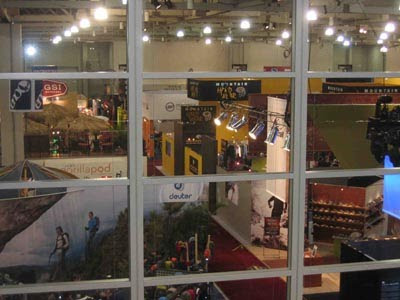 Our initial introduction of the High Altitude Hydration System to the outdoor industry was a resounding success. I managed to cram no fewer than 18 meetings into my two days at the show. Opinions among manufacturers, retailers and end-users were consistent: today’s hydration systems freeze and that is a problem that users want solved. The inventor’s field testing at 26,000 feet on Mount Everest gave great credibility to our claims of freeze-resistance and alleviated any concerns about this technology not being “the real deal.”

In addition to interest from groups such as alpine climbers and backcountry skiers, the U.S. military also showed great interest. In the middle of their first, major winter deployment in Afghanistan, they know that cold-weather hydration is a key issue that they must solve for the ground troops. We will be working closely with them to figure out how they can leverage NASA’s Johnson Space Center’s system.

I’m off now to follow up with the very large list of contacts made at the show!